It’s another Mental Health Awareness Week and the theme, as you are probably aware by now, is kindness – something I see as playing a key role in my mental wellbeing.

Having been diagnosed with an anxiety disorder, I remember being shocked when my GP linked my angry outbursts to my anxiety. I thought I was just a bit of a cow, to be honest. Indeed, that may be the case sometimes – nobody’s perfect after all. But I think he was onto something, because I found that my anger was often driven by worry, stress and insecurity.

There’s a lot to consider when you identify something in your own behaviour that you want to change. There’s no flick of a switch. There’s a lot of work to be done on your thinking patterns, triggers and, if you have a diagnosed mental health problem, how to manage that as well.

For me, years of therapy and medication have played a major role. I say this personally, as medication isn’t right for everyone. But for me, antidepressants have played a significant role in my life over the past 5 or 6 years.

They didn’t completely stop my panic attacks, but they helped give me the breathing space to think before I acted. I stopped getting the immense rush of adrenaline in my body that often prompted me to explode over stupid stuff – like someone drinking the last can of pop or leaving a dirty cup in the sink.

My relationships began to improve, and I found that removing my ridiculous outbursts from family life helped me to feel so much happier – not to mention everyone else.

But one thing that I began to realise throughout all this was that I was harbouring age-old anger about things just because I had always been angry about these things.

Some external relationships were really strained. I’d gotten into the habit of just being angry towards certain people because of past circumstances or actions. And that anger made me feel sick. Sick with stress and anxiety and a need to feel on high alert constantly.

As I began to question the reasons for my anger, I realised that I was hurting myself as much as anyone else. Was there really any need for it?

There was always one relationship that I particularly struggled with for many years. And the impact of that hit others too. But as I gradually began to change my previously static thinking and move towards kindness, I found such intense relief. The relationship changed. We sent each other cards at Christmas and it felt good. We might never be best friends – indeed you don’t have to be best friends with everyone – but letting go of that anger was a game-changer.

And not only that, I found myself spending time with the person when they needed help. She was actually very vulnerable, and I realised that things aren’t black and white. Who cares what they said or what I said or whatever stupid things we did to hurt each other in the past? Holding onto the past hurts more than the incidents themselves do at the time. It’s exhausting. And pointless.

I’m far from perfect, and I will no doubt need to remind myself to read this post in future if I experience conflict and hold onto negative emotions. But adopting kindness, at the end of the day, is not just a generous thing, it’s a self-care thing too. 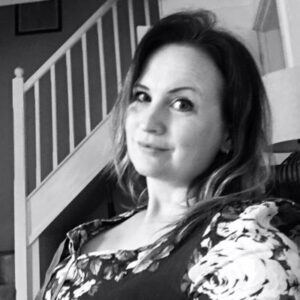 Lucy Nichol is a writer and mental health campaigner and former columnist with Sarah Millican’s Standard Issuemagazine. Her work has appeared in The Independent, The I Paper, The Metro, The Huffington Post, The Mighty and All Mad Here. Her latest book, ‘ A Series of Unfortunate Stereotypes: Naming and Shaming Mental Health’ is a humorous, sometimes ranty, take on mental health stigma and her experience of anxiety. It takes you through the 80s and 90s to the present day, talking about how the mental health conversation has changed for the better, and how she found peace with an anxiety disorder. Find out more here: https://www.amazon.co.uk/Unfortunate-Stereotypes-Naming-Shaming-Stigmas/dp/1911246658/ref=sr_1_1?ie=UTF8&qid=1533200846&sr=8-1&keywords=lucy+nichol+series+of+unfortunate+stereotypes