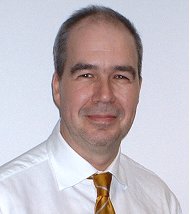 Previously Professor Sheehan was a senior civil servant heading an important Group within the Department of Health.  His responsibilities as Director General included policy objectives with regard to:

He also led Social Care policy for three years and had policy responsibility for older people and disability.  During his leadership for social care a key policy development was the focus on personalisation including direct payments for care.

He has a keen interest in implementation of better services rather than simply creating policy and has a strong track record of doing so through organisations such as NIMHE. (The National Institute for Mental Health in England) which he developed and subsequently led as its first Chief Executive.

Antony is a nurse by background and has worked in practice, education and management at regional level within mental health and other specialist services prior to joining the Civil Service.

Finally, Antony Chairs the Board of Trustees of one of England’s large Mental Health Charities ‘Together’.  The Charity focuses on promoting inclusion and wellbeing for people with long term mental health problems.