The downward arrow technique allows us to find our core beliefs. For example, someone might have a fear of driving, by using this technique they might discover that their core belief is that they might kill a child on the road. By working with these beliefs and using behavioural techniques such as exposure, it can be proved that core beliefs are not true.

The downward arrow is a way of working through our automatic thoughts to find the irrational beliefs or schemas at the base of them. A lot of the time, these core beliefs are not immediately obvious to us – so it’s a case of asking the same question again and again until you get to the bottom of it: “what does that mean about me?” or “what does that imply?”.

Here is an example:

On my daily walk this morning, I came across a microwave that had been thrown out of a window. There was broken glass everywhere, and I could feel it crunching underfoot. Whereas someone else may shake their head and carry on, to me that wasn’t the end of it. Instead, the following downward arrow occurred –

What if I have broken glass stuck in my shoes? I’ll spread it throughout the city, and someone could get cut by it, and this cut will become infected, and the infection will kill them, and I will be responsible for their death and their families will be all alone and I won’t be able to forgive myself and I will be crushed by the guilt and die alone having ruined the lives of all around me.

So what do we do when we get that far? Well, that’s when it comes down to tackling these core fears and beliefs.

It’s not as easy as that of course,  but it is an interesting exercise to have a go at. Go on – give it a go! 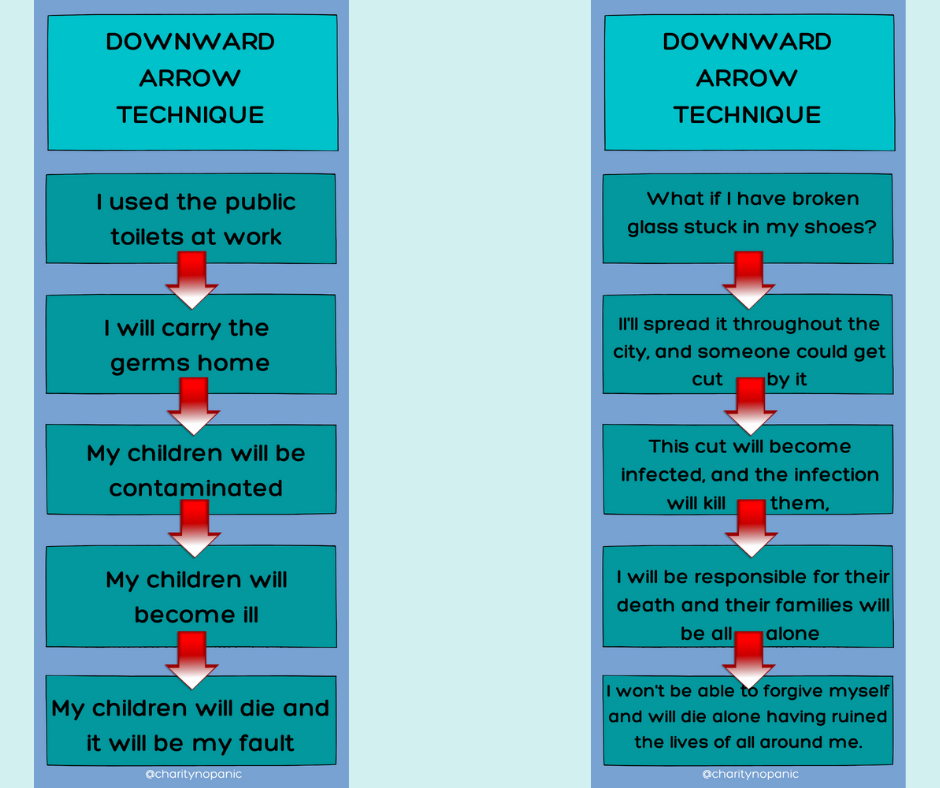